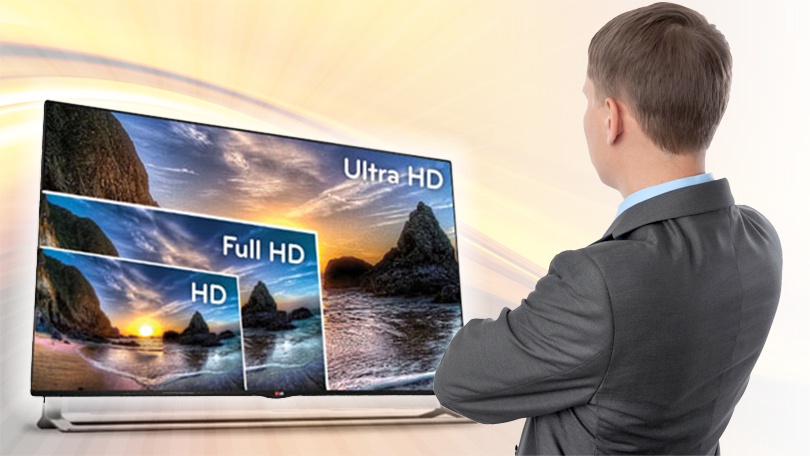 Can My Computer Run 4K?

4k resolution, referred to as ultra HD, offers you a horizontal display resolution of about 4000 pixels, with the vertical resolution being 2000 pixels. There are several different 4k resolutions used across various media. You’ve got consumer media, TV, movie projection, and more.

If you’re here, you already know and want that crisp and sharp high definition with vivid colors that a 4k resolution can give you. And you’re asking: “Can my computer run 4k?” Well, allow us to walk you through all that you need so that you can indeed run 4k and level up your experience as a user, whether it’s gaming, TV, movies, or something else.

Contents show
What to Consider for Your Computer to Run 4k
Graphics Card
Monitor and Frame Rate
Processors and RAM
Port
Do These Specs Guarantee That My Computer Will Run 4k?
Final Thoughts

What to Consider for Your Computer to Run 4k

Without further ado, these are the main points to tick off your 4k bucket list.

For gaming specifically, you need to have a newly introduced, powerful enough graphics card to process large amounts of information in a second, and the key to that is the headroom. These are much more common nowadays than they used to be but are still costly, no surprise there.

If you’ve got Nvidia’s high end 20- series cards, you won’t get the performance you’d get with some more expensive ones. It still can, nonetheless, run 4k games. The RTX2000 Super and 2070 Super can run games at 4k, including Fortnite and Civilization VI above 60 fps.

However, you might have a problem running more demanding ones, like the Assassin’s Creed Odyssey and Battlefield V with these. For those, your computer needs to have RTX2080 Super or 2080Ti, among others.

On the other hand, if you have a multi-card setup, that may not work out for you all too well because most modern games don’t adequately support dual-GPU technologies anymore. As a general rule, we’d say you need to look up the specs of your graphics chip to validate 4k.

Let’s get one thing straight: if your computer can indeed run 4k, your frame rate should be 60 fps. This is essential for 4k games more than anything else so you can avoid lagging. By far, the 4k 60 fps is the most demanding video quality you can, realistically speaking, find – at least not without going overkill.

Needless to say, your monitor has to be a 4k monitor to run 4k. For gamers, the higher the refresh rates are, the better, but don’t get your hopes any higher than 60 frames per second.

They are very few monitors that support 4K. Check out our guide to Best 1080p monitor for gaming.

That’s because even 4k monitors prioritize image quality over faster gameplay, so especially in low-quality monitors, you can either have 4k or a high frame rate, rarely if ever both.

Adversely, 4k movies are nowhere near demanding as 4k gaming. What matters the most is the screen; HDR support is essential. As for IPS panels, they provide accurate coloring and have wide viewing angles, so we’d venture them the best for watching 4k movies.

We can’t possibly discuss monitors without talking about their sizes because what’s 4k for a 24 inches monitor or less? With displays that are too small, you simply don’t get to enjoy the extra pixel detail. Your monitor needs to be at least 27 inches or more. Then, 4k will make a significant difference.

Though not as prominent as some other features, we think processors and RAMs are still worth mentioning. Like the graphics card, your CPU needs to be recent, at least, but not necessarily top-notch.

Intel CPUs starting from the eight generations to date and from the Core i5, Core i7, or Core i9 range of processors will run 4k. Moreover, you can look up your exact processor at ark.intel.com to find information regarding what your integrated CPU graphics and motherboard are capable of.

As for AMD CPUs, first-generation Ryzen and what follows could work. Undoubtedly, the latest Ryzen 3000 series is even better because it offers the highest performance among the rest. RAM is relevant here because faster speeds may help boost frame rates, especially for AMD hardware.

Check out our guide to best gaming pc under $1000.

Now that you know you’ve got the right graphics card, processor, RAM, and monitor, you can connect them, and this connection can make all the difference. As a general rule, if you’re unsure whether your port is compatible with 4k, refer back to your computer specs to confirm.

Nevertheless, if you don’t have any of these, all hope is not lost. HDMI 1.x ports will either deliver a 2k resolution or a low-quality 4k with 24 or 30 frames per second, which is not very practical for gaming and most applications in general, but still better than nothing.

To illustrate, the HDMI 1,4 can potentially run 4k but at 30 frames per second maximum. The HDMI 2.0 can do 60 Hz at 4k as long as your refresh rate is nothing too high like the Acer Predator x27.

Last but not least, in the rare case that your monitor doesn’t have sufficient HDMI or DP cables, you’ll need to buy 4k rated parts so your computer can run 4k efficiently.

Do These Specs Guarantee That My Computer Will Run 4k?

In a word, no. You can have the right equipment but still run into problems. If that happens, it might be one of two things. For one, it could be that your internet speed is merely slow rather than an issue with your hardware, thus causing it to freeze. Another reason might be that your PC is in poor condition, with apps consuming resources, viruses, malware, or bloatware.

To answer your question: “Can my computer run 4k?”, it can if you have hardware that’s compatible with it, which includes the right graphics card, monitor, processor, RAM, and port for the job.

We’ve mentioned quite a few of those, but if we missed yours, you could always refer back to your computer specs. We hope you get your 4k setup and enjoy the jaw-dropping experiences of 4k gaming, viewing, and more.