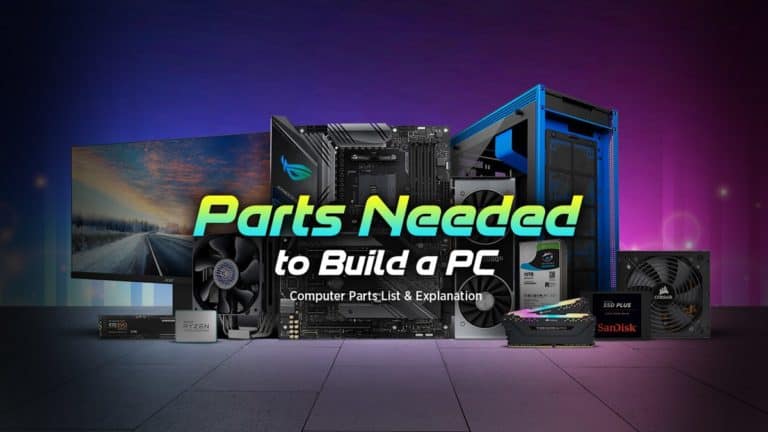 How Much Does It Cost to Build a Gaming PC?

Imagine a new sequel of your favorite game just got released, or maybe a remastered edition of a game you liked a lot. Then, you come to realize a sad fact, which is that your old, low-performance PC can’t run it. That’s why you should avoid that danger and get yourself a gaming PC.

Building a gaming PC can be confusing and costly; there are various options and different levels of performance to consider. Other than that, everything costs differently for a specific reason. But, have no worries! I’m here to help you understand how much it costs to build a gaming PC.

The Required PC Parts and Their Costs

First of all, you should decide what type of PC you’re going to get. There are two types of gaming PCs: pre-built and custom. The pre-built type will save you the time of collecting parts and ensuring compatibility. However, it might cost more than the other type as the prices of a pre-built gaming PC start at around $900

On the other hand, the custom type can save you a lot of money. But, you’ll spend a lot of time getting the parts together and making sure they’re compatible.

Before gathering your parts, you must get the metal box that’ll contain them. Towers vary in size and capacity; there are full towers, mid-towers, and micro towers. I recommend getting a full tower because they offer the most extensive capacity, which gives a lot of room for the PC components to breathe in without heating up too much.

Full towers also provide you with better cooling options, so you don’t have to stick with air coolers. Get yourself a superior water-cooling system to attain the best performance out of your PC. A nice-looking full tower can cost around $200.

We surely don’t want our costly gaming PCs to explode, so we need to get a formidable cooling system! Cooling systems are the guardian of your PC because not only do they protect the parts from overheating, but they also extend their life as they keep them at a safe temperature that doesn’t strain them.

There are two types of CPU coolers: air coolers and liquid cooling systems. Let’s find out about the pros and cons of each.

Air coolers are the conventional type of CPU coolers with units actively dissipating hot air using specially designed heat fins. Air coolers don’t need any maintenance, and their price is low compared to the liquid type. However, they can be noisy, difficult to mount, and still not better than liquid cooling systems.

A high-caliber air CPU cooler can go for around $30.

Liquid cooling systems are the revolutionary solution to all your high-temperature PC problems! They offer extraordinary cooling performance that’ll definitely save your components from any overheating. On the downside, they cost way more, and there’s a really slim chance of leaking. A high-profile liquid cooling system can cost around $360.

It would be best if you decided how high-performance you want your gaming PC to be. As you go for higher performance, the price will follow. If you’re going to play games with graphics that’ll make your fan’s RPM skyrocket, then you need a high-end gaming PC, which can go for $1200+.

However, if you aren’t going for the maximum performance available, you’re looking for a mid-range gaming PC, ranging from $500 to $1200.

If you’re tight on budget and in need of a gaming PC that’ll run most of the old school games you like, you should opt for a low-end gaming PC that costs from $150 to $500.

A good processor can speed up almost all your PC tasks; you won’t have problems with loading screens. It’s preferred to opt for Intel processors since they offer better performance levels than their AMD counterparts. However, if you’re low on budget, it’s fair to get an AMD processor.

It’s highly recommended that you get an SSD instead of an HDD. SSDs are known to out-perform the conventional mechanical HDD in everything. Getting one will speed-up all the processes your PC does in a significant way.

On the downside, SDDs cost more than HDDs. Personally, I believe the difference in speed is worth the additional expenses.

RAM is the data storage for all of your applications. It’s a crucial factor in any gaming gear, as it helps you escape the hell of long loading screens and provides you with higher frames per second.

The minimum RAM for any gaming PC is 8 GB RAM. However, if you’re going to play games that boast beautiful graphics, you should go for at least 16 GB RAM.

The motherboard doesn’t affect the performance of your PC in general. However, it’s the base of all the components that do affect it. If one of the parts you’ve bought isn’t compatible with the motherboard, it won’t perform well or won’t even fit. A mid-range motherboard can go for around $150.

But, if you’re going for a top-notch, powerful gaming rig, you’ll need to get a motherboard that costs around $250.

PSU is another critical element of a PC because it provides all your components with the electricity needed to perform well. If you’re going for a high-end PC, you must have at least a PSU of 850W.

There are many options to consider when building a gaming PC. But, as long as you keep track of the elements I’ve mentioned, you’ll be able to get yourself a cost-efficient gaming rig with the performance you need.