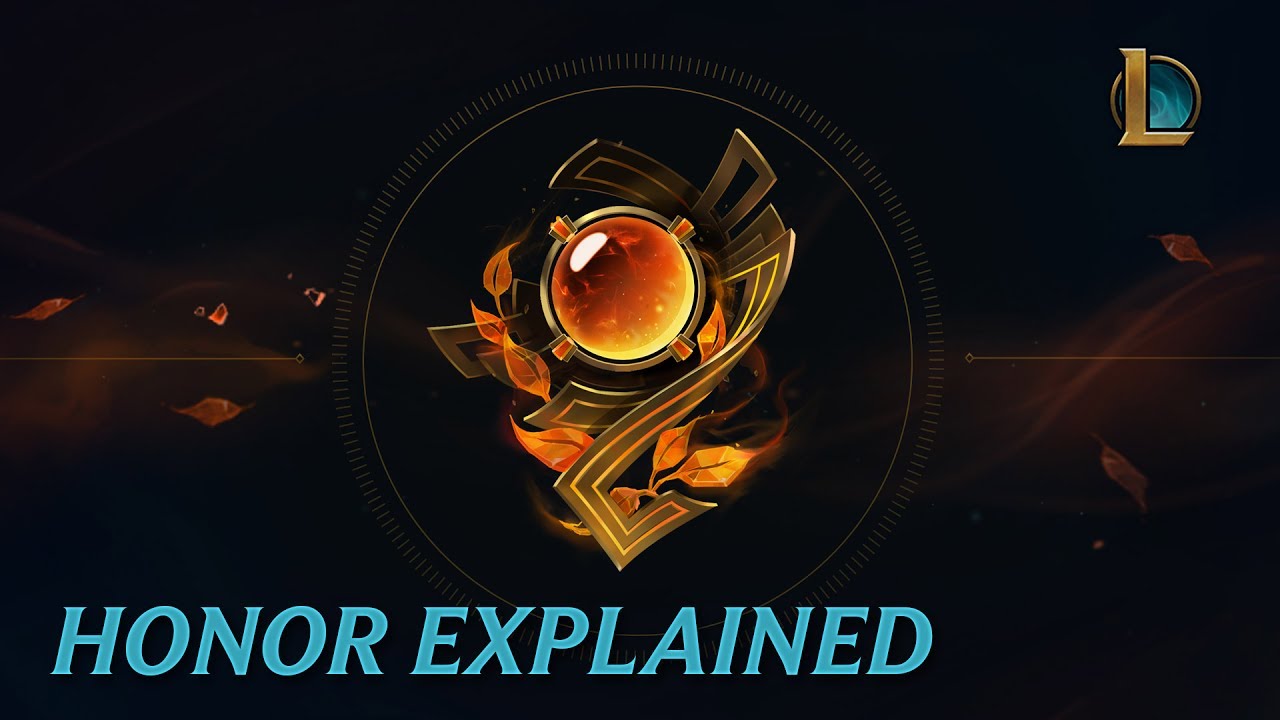 Are you a League of Legends enthusiast wondering how to take your honor to the next level? Do you feel like leveling up is a complicated process? Do you want to know how “being positive” among other participants makes you earn more in the game?

We’ve got you covered! In this article, we’ll highlight everything you need to know about leveling up your honors in the game, so stick around!

What Is Honor in League of Legends?

Multiplayer games create tension between teammates. For example, if a player’s performance wasn’t good enough, others might behave in a toxic way resulting in a negative experience for the whole team. For this purpose, honor was introduced.

Honor is a system encouraging a friendly environment and rewarding participants with positive influence during the game. This is why Riot, the developer of League of Legends, created honors; to reward players for being cool, either in wins or losses.

How to Level up Your Honor

While the process of leveling up your honor isn’t speedy, it has simple rules. So let’s discuss the steps that would earn you points to level up.

Play the Game With a Positive Character

Be pleasant; this is your ideal way to level up your honor. When you play an impressive game while creating and maintaining healthy interaction with your teammates, there is a high possibility that the players will vote for you.

However, if you can’t control any toxic traits that the game may trigger, you won’t earn the honor points. Instead, you may get reported by other players following the game. So go big and enjoy the game while it lasts!

Trade Honor With Your Teammates

Trading honor with others is like a bargain; you both will honor each other following a game. Though it’s not an ideal way to level up, it remains a shortcut to increase your honor in League.

For a successful trade, you have to form a pre-made group of two players, then you and this other player may honor each other after each game. Of course, it also works for a group of five players.

However, this shortcut is considered a cheat. This is why Riot has shut off this option for players who are together in the queue.

Type of Honor Points in League of Legends

As we’ve mentioned, you earn honor points when other players vote for you after a game. So it’s a progressive process till you gather enough points to level up.

It’s important to know that each player has 40 seconds to praise and vote for one teammate. Of course, the type of vote you receive depends on your attitude during the game, so let’s talk about them.

You need to know how to react to get commended as a “cool-head”, especially during a bad game. For instance, do you feel that players are against you? Stay cool. Is it a bad game and you’re feeling rageful? Still, stay cool.

What if the other players don’t help you and refuse to adapt to your play strategy? You know the answer: Don’t panic or behave irrationally. Instead, keep going with a spirit full of positivity.

In the end, you’ll earn all the patience and chill you’ve put during the round, as other teammates will notice your tranquility, and even if the team loses the game, you’ve earned that point!

Here comes the reward for being a productive decision maker! You earn the MVP when you lead the team with a friendly spirit and overcome tough battles using effective strategies.

An important aspect here is communication, which is a critical point when we talk about leadership. No one likes to be receiving instructions, so a great shotcaller needs to maintain effective communication between the players, which helps them win the game!

So to earn the MVP, lead with style!

If you’re neither the team leader nor the cool-headed player, it’s okay, as Lazy honors are up for grabs. You can earn them by being a valuable player helping the team win; the helper!

So remember, if you feel like you’re not making any difference in the game, you can leave a super friendly impression and earn the point for just helping the team reach their objective!

What Happens When You Level up Your Honor?

Reaching this far in the article, you’ve already played positively for a lengthy period and leveled up. So let’s have a look at some of the rewards you’ll gain when you level up.

There are checkpoints throughout the levels of honor. At each checkpoint, you get one Hextech key and an unfixed number of fragments. But you’ll need to have three fragments to craft one key.

Hextech keys also give you a chance to unlock a Hextech chest which grants you other rewards such as skin and champion shards.

Your honor level determines the contents of Honor Capsules and Orbs. You may find exclusive skins, fragments, emotes, champion shards, and ward skins in capsules. On the other hand, orbs contain fragments and champion shards.

The best part about capsules and orbs is that, unlike other rewards, you don’t need a Hextech key to unlock them.

While we’re getting to this point later, it’s good to know that you’ll have access to capsules and orbs starting from level 3.

Starting at level 3 as well, screen flairs show other players your honor level. This gives players an overview of your attitude and skills in-game, and eventually, trust.

However, it’s temporary. You need to keep getting honors at each game for the flair to remain active and growing, as the display gets bigger when you level up!

If you reach level 5 before the end of the season, you’ll be eligible to earn one of two exclusive skins; Medieval Twitch or Grey Warwick.

Furthermore, if you already have them, you can exchange them for Chroma skin, so it’s a win anyway.

Honor Levels and How It Works

Having discussed the rewards you get when leveling up, let’s walk through the progressive levels of honor that challenge players to act positively to reach the final level.

There are five levels of honor, with three checkpoints in between to track progress and grant rewards. However, there is also level 0, which has the most toxic players in the game. If you get reported at level 0, you may get banned from the game.

While there are giveaways at level 1, real honor rewards start when you get the first Honor Capsule at level 3.

By the end of the season, each player resets to level 2, except if they were lower than that; level 0 or 1.

That being said, let’s see what rewards you get at each level.

Players get one key to start the game.

Players get one key and two key fragments.

Losing Your Honor in League of Legends

While playing with a positive attitude makes you level up your honor, it’s good to mention that it’s reversible. To clarify, if you play the blame game with teammates who’ve made a mistake, you may lose your honor.

Needless to say, you can lose honor if you get frequent penalties such as temporary suspensions or chat bans, which may drop you to level 0.

Tips for Increasing Your Honor Level

While we’ve said that maintaining a positive attitude increases your honor levels, here are some hacks to raise the possibility of receiving honors following a game.

If you honor teammates after the game, it boosts your honor level progression and may act as a long-term benefit.

If your teammates try to infuriate you for making simple mistakes, avoid chatting with them. Instead, use the mute-all option and focus on the game.

Remember to hype any player contributing immensely to the team’s progress. For example, if a teammate is helping out, cheer the player up with kind words, and they’re more likely to remember honoring you after the game.

As we’ve reached the end, let’s have a quick recap on points we’ve discussed in our article.

The process involved in leveling up your honor in League is straightforward. To earn points and level up your honors, play the game positively or trade honors with other players, but we don’t recommend the latter.

Remember to avoid irrational behaviors that could negatively affect your teammates and result in jeopardizing your chances.

Don’t forget, if you make a good impression, the honor is yours!