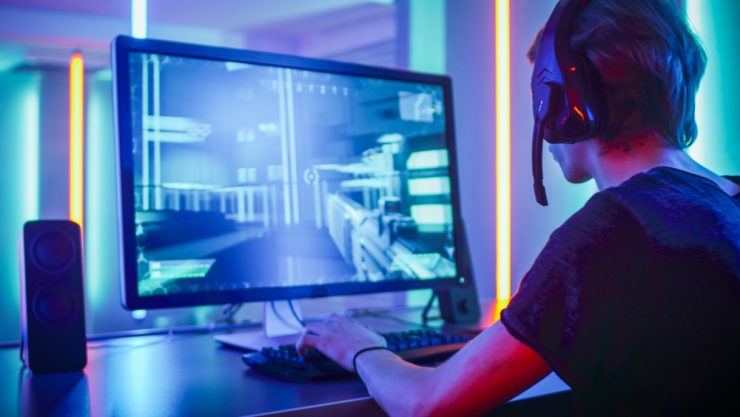 Is a 240Hz Monitor Worth it for Gaming?

If you’re a hardcore gamer that’s considering a 240Hz monitor, you’ll find this brief post to be informative as we’re about to address whether or not a 240Hz monitor is worth it for gaming.

Contents show
Short Answer:
What’s the Refresh Rate
Why Should I Buy a 240Hz Monitor
Why Should You Reconsider Buying a 240Hz Gaming Monitor
Conclusion

The answer depends on whether you prioritize performance or visuals. If your priority goes to performance, then yes, a 240Hz monitor is definitely worth it. On the other hand, if you’re not into fast-paced and FPS games, then perhaps this isn’t the best option for you.

It’s important that you understand what the refresh rate is before you buy a monitor for gaming. This is the only way to make an informed decision that you won’t regret later.

As you already know, the refresh rate is measured in Herts (Hz). It indicated the number of frames that the monitor displays in each second (FPS).

This number refers to the real-time display.  Unfortunately, your monitor can’t display all the extra frames that your graphic card offers.

As mentioned earlier, the standard monitor is 60Hz. However, many gamers opt for 144Hz to get enhanced performance. Regardless, some players take it even further and get a 240Hz gaming panel.

Why Should I Buy a 240Hz Monitor

So, most players settle for a 144Hz to be able to beat those who use standard monitors. Why would you use a 240Hz? The answer is simple, to beat them both!

In multiplayer games, you try to have all the advantages you can over your enemies.  While your monitor isn’t the only thing you’ll need to put some thinking into, it’s certainly a factor that can make a significant difference.

A higher Refresh rate means faster updates to what’s happening in the game. It ensures better responsiveness and a smoother gaming experience.

With a 240Hz monitor, you can forget about blur, disturbed motion, and screen lag because the reaction time will be more enhanced than it ever was.

Great, you were pretty much expecting this. I mean, every player that’s been gaming for a couple of years understands what such a high refresh rate implies and what they can do with it.

Regardless, there must be a downside as well. Something that might make you reconsider. So, let us get to that part.

Why Should You Reconsider Buying a 240Hz Gaming Monitor

Just like other high refresh rates, you’ll have to compromise and scarify other factors to be able to use such monitors.

The first thing you’ll be trading off is the visuals. Sadly, all the available 240Hz monitors rely on the TN LCD technology panels. The panel is widely used by many gamers not only because it’s the most affordable option, but also because it’s the fastest with an excellent response time that other advanced panels still can’t beat.

The thing is, these panels have a major drawback that you might not be ready to put with, which is the image quality. TN screens are pale with the poorest viewing angles, in addition to shifting colors and shades.

Another thing that we should point out is that while the increased frame rates increase the overall performance and provide a smoother picture, it gets harder for the eyes to notice such slight differences.

Last but not least, it’s important to note that such high rates require a powerful graphics card that has the capacity to push these frame rates.

Using a poor graphic card with such high rates is as good as useless. On the contrary, it could turn into a burden because your PC will struggle to work as one unit, and one component will hinder the other.

Compromising the visuals is inevitable if you want to increase the refresh rate to 240Hz. Until an IPS monitor supports 240 Hz, you’ll have to set your priorities.

Personally, I’d say you should test it out. See if you can feel any difference between using 144Hz and 240Hz ones. If you do, then perhaps investing in a 240 Hz panel isn’t a bad idea. If it’s pretty much the same after all, then maybe it’s better to get a 144Hz monitor with good visuals.

Although, you should expect a 144Hz IPS monitor to cost you at least $600. It’s a bit expensive, but whether it’s a worthy deal or not is a whole new topic.