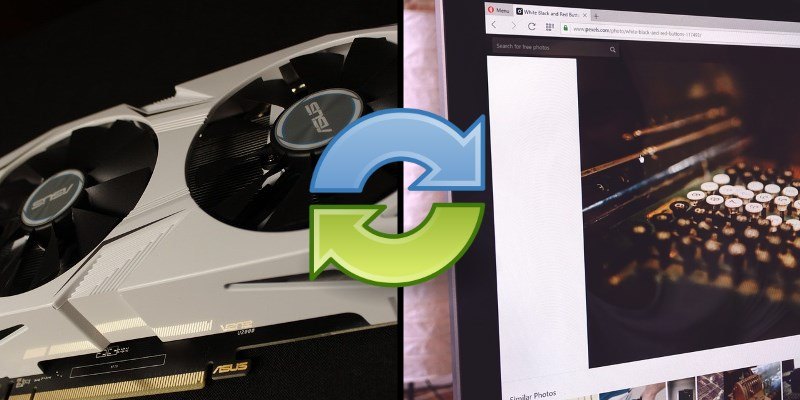 What Is VSync and Should I Turn It On or Off?

When you play a game that requires more FPS (frames per second) than what your monitor is designed to support, visual tears like a cut in half between two frames appear on the screen.

VSync works on eliminating these tears by capping the FPS at a certain number that matches your monitor’s capabilities. Whether to turn on or off depends on whether the game you’re playing has a higher FPS than your monitor’s refresh rate. But, it’s still a little more complicated than that, so allow us to explain.

VSync exists because a lot of games now work with high FPS reaching up to 240 FPS. Not all monitors are compatible with high FPS games, though. Monitors are designed with a specific refresh rate, which is the frequency a monitor can display. This frequency is measured in Hertz (Hz); you can think of it as cycles. The ratio between refresh rate and FPS is 1:1, so for the best gaming experience, each frame should take one cycle to show on the screen.

If you don’t have a 1440p resolution monitor, then you should eventually invest in a 2K monitor, or get one of the best gaming monitors that can handle 2K or 4K

Let’s say you have a 60 Hz monitor, and you’re playing a game at 60 FPS, then both the GPU and the monitor will be in perfect sync. The GPU processes 60 frames each second, and the monitor displays a frame per cycle without any problems. You can imagine the GPU painting frames and showing them on the screen, and frames typically form on the screen from top to bottom at an unnoticeable speed.

Problems arise when the game is at 100 FPS, for example, on the same 60 Hz monitor. The GPU here will process 100 frames each second, but the monitor will only be able to show 60. The GPU then starts pushing frames onto the screen that is trying to keep up with the GPU, resulting in two frames smashing together to appear almost at the same time, consequently splitting the image in two.

This is called tearing, and it looks like the upper part of one image is connected to the bottom half of another image. These tears land a direct hit on the gaming experience since they can be easily noticed and cause distractions.

VSync solves the tearing problem by putting a cap on FPS so that it doesn’t exceed the monitor’s refresh rate. So in the above example, a game running at 100 FPS will be capped at 60 FPS to match the monitor’s 60 Hz refresh rate, thus, preventing tears. VSync does that by freezing the game engine and making processed frames wait until the monitor is ready to take another frame.

We know buying a prebuilt gaming PC is the go-to option for many gamers that can’t yet build the best gaming PC under $1,000.

Easy, right? Well, not exactly. See, capping the FPS comes at the cost of input lag. If frames are waiting to be displayed, mouse clicks and key-presses will wait with them, which causes a delay. This delay has a significant impact on games that rely on responsiveness and quick reflexes.

A lag can also happen if a frame takes too long to be processed or buffered. Most PCs have what is called double buffering, which essentially means when one buffer (frame) is being displayed on the screen (front buffer), another one (back buffer) is getting processed by the GPU.

If the back buffer takes too long as a result of the drop in FPS, the front buffer gets displayed twice, and the back buffer will have to wait for another refresh cycle to be displayed. This will make the game appear to pause a little.

A solution to that is triple buffering, which makes the GPU start processing the third frame or buffer while the second buffer is waiting for another refresh cycle. This reduces lag considerably, but your device has to be compatible with triple buffering in the first place.

Another thing to consider is that if frame drops happen at a graphically rich moment in the game, VSync will work harder to raise the frame rate again, which can actually cause FPS to drop even more before the GPU is able to fix it.

GPU companies have been coming up with innovative ways to counter tearing without the compromises of VSync. Here are a few examples:

Adaptive VSync is a smart way to deal with frame drops caused by VSync. What it does is that it detects when FPS is lower than the monitor’s refresh rate, and then it turns off VSync. Once FPS starts increasing above the monitor’s threshold, it reactivates VSync. This helps at visually intense climaxes to reduce frame drops and eliminate lags for smoother gameplay.

GSync is Nvidia’s solution to all of the problems mentioned above. What it does is that it adapts the screen’s refresh rate to the highest rate the GPU can handle. This allows for a much smoother gaming experience without tears, lag, or frame drops. The only issue that you will need to get a monitor that has GSync technology.

AMD Freesync works similarly to Gsync. It provides dynamic refresh rates to match that produced for the game. So instead of the fixed frequency, a monitor comes with Freesync to change the frequency according to what FPS is produced at a given moment.

There are no absolutes here, turning Vsync on or off depends on whether you’re playing a game that doesn’t have an FPS that exceeds your monitor’s refresh rate.

Frame drops, lag, and latency are key disadvantages to conventional VSync. Just make sure that your setup is compatible with the type of VSync you’re going for first.